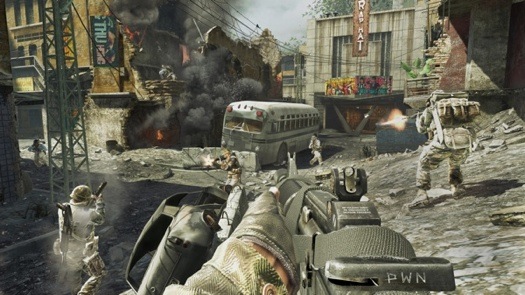 Last night at a special event held by Activision and Treyarch at the California Science Center in Los Angeles, we got a chance to play some Call of Duty: Black Ops. Specifically, we were there to check out the multiplayer aspects of the game and generally get an in-depth preview of the whole experience.

After being plied with some excellent cocktails we were whisked into the IMAX theater at the center. Once inside and seated, we were shown some terrific demo videos and given the scoop by Treyarch designers David Vonderhaar and Dan Bunting which showcased what players can expect from the game.

Some of the items they touched on were the game’s new multiplayer features using pillars that the company focused on during development: Compete, Customize and Create. We got to see quite a bit of the game and even got some playing time.